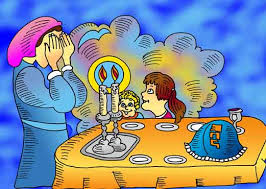 This week’s shabbos service will be held at the Chabad of the South Hills beginning at 10 am.  If you have never attended services there before, I highly recommend that you attend this shabbos.  I have know Rabbi Mendy Rosenblum for several years now and he is an outstanding rabbi and a truly great guy.  I am sure you will enjoy the service. 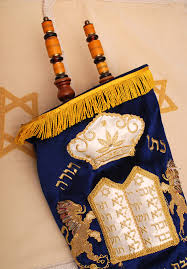 This week’s parsha is Mishpatim.  The parshah tells of Moses ascending Mt. Sinai for 40 days and 40 nights to receive the Torah from God.  It also contains 23 positive commandments and 30 negative commandments from God.  Included among these are the commandments that, “you shall not cook a kid in its mothers milk”, and, “an eye for an eye, a tooth for a tooth, a hand for a hand, a foot for a foot.”

And so these portions of the parshah raise several questions for me.  Let’s start with the 40 days and 40 nights.  Many times in the Torah we see events that last for 40 days and nights or 40 years.  Are these numbers to be taken literally?  There are those who say that every word of the Torah is to be taken literally, but some say that 40 days is used to signify a long time and 40 years to mean a generation.  Here is what Rabbi  Shagra Simmons has to say about 40 at Aish.com:

“The number forty has significance throughout the Torah, and the Talmud.

For example, when a person becomes ritually impure, he must go to a ritual bath, a Mikveh. The Talmud tells us that a Mikveh must be filled with FORTY measures of water, and a person, must completely submerse himself in it. After being submersed, he leaves the Mikveh ritually pure. It is no accident, that in the story of Noah, the rain poured for FORTY days, and surrounded the world with water. And just as a person leaves a Mikveh pure, so too when the waters of the flood subsided, the world was pure.

According to the Maharal (16th century, Prague), the number FORTY has the power to raise up something’s spiritual state. Just as FORTY measures of water purifies a person, and FORTY days of rain purified the world, so too Moses being on Mt. Sinai for FORTY days also had a purifying effect, in that the Jews arrived at Mt. Sinai as a nation of Egyptian slaves, but after forty days they were G-d’s nation.

In the Deuteronomy, Moses tells the Jewish people that he had “led them FORTY years in the wilderness,” (29:3-4) after he told them that “G-d has not given you a heart to know, and eyes to see, and ears to hear, until this day.” So we see, it took the Jewish people FORTY years in the desert before they could understand the things that took place. Accordingly, the Mishna in Ethics of Our Fathers explains that “a man of forty attains understanding.” (5:26) (Ethics from Sinai).

Finally, according to the Talmud, it takes FORTY days for an embryo to be formed in its mother’s womb.”

What do you think?  Is 40 a literal number or is it symbolic?

And the eye for an eye portion –  is this meant to be literal?  And what about a kid in its mothers milk?  If we know that we are getting western beef and the milk comes from Turners in Penn Hills, can’t we be sure that the meat is not from the mother?  And what about chicken with milk?

And if Moses got the entire Torah on Sinai, didn’t he know everything that was going to happen to himself and the Israelites during the ensuing years?  Wouldn’t he have changed some of his own actions or warned the people to prevent some of the issues he was going to have to deal with?

I have obviously not studied enough Torah to know the answers to these questions, but there is certainly a lot to think about in this week’s parshah isn’t there?