We shall all be free

We shall live in peace

No, these are not words from this Shabbos’s parshah, Beshalach, which deals with the Exodus from Egypt, the miracles of the parting of the Red Sea, and God providing the fleeing Jews with manna and water in the desert.  They are, however, words from a song that I heard on the radio this morning, We Shall Overcome, a song that was the anthem of the civil rights movement of the ‘60s and the peace protests of the ‘70s.

And could any parshah or song be more appropriate than Beshalach and We Shall Overcome for this past week, a week that included Martin Luther King Day, the second term inauguration of our first black president, elections in Israel, and a new proposal for peace talks coming from the Palestinians?

In Beshalach we find the Jews finally freed from their years of bondage in Egypt.  But God leads them on a circuitous path through the desert, and when Pharoah decides to pursue his former slaves, Moses and the Children of Israel find themselves trapped with nowhere to go as the Red Sea blocks their path forward while Pharoah’s army is rapidly approaching from the rear.

Faced with what appears to be a no-win situation, many of the Jews panicked and turned on Moses, but Moses lifted his staff, the waters of the Red Sea parted, and Moses led the people through to safety.  When Pharoah’s army tried to follow, God closed the sea over them and the Israelites were finally free from their servitude in Egypt.

But the journey to the promised land of milk and honey was not to be an easy one.  First, there is a problem with bitter water.  Then, a month after leaving Egypt, the Israelites’ food supply is becoming perilously low, and later water is an issue once again.  And on each of these occasions, the Israelites doubt God and Moses, yet on each and every occasion God delivers water or manna from heaven, and the journey to the promised land continues.

The parshah ends when the Israelites are attacked by the Amalekites, but God is there once again to aid an army led by Joshua in defeating the enemy.

And so, I return to the song.  We shall all be free.  Here, finally, in this parshah, the Children of Israel are free from bondage.  Is it just a coincidence that the telling of the story of our freedom from slavery occurs in the same week that Martin Luther King, who worked so hard to advance the cause of his people, former slaves themselves, was born? 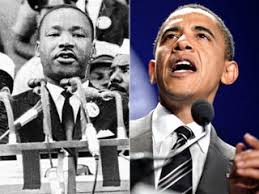 And is it also coincidence that our first black president should be inaugurated during the same week as King’s birthday and this parshah of freedom?

And what of the freedom of the Jewish people?  These are surely wonderful times for most Jews, and we are as free as we have been in many a year, but are we totally free?  Anti-Semitism is still an ugly monster that has not been eliminated, and despite the many incredible accomplishments by Jews like Albert Einstein, Dr. Jonas Salk, and so many others, when will we be able to attend the inauguration of the first Jewish President of the United States? 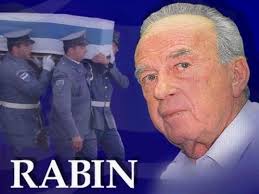 And what of We shall live in Peace?  The recent war in Gaza demonstrated once again that even now, 65 years after the creation of the State of Israel, the Jewish people are still not able to live in peace.

Will the unexpectedly strong showing by centrists in this week’s Israeli election help to move peace talks forward?  Will the proposal by Palestinian Authority President Mahmoud Abbas to resume peace talks bear fruit?  Are the Palestinians bluffing or are they serious?  Can years of mistrust finally be overcome? Will the Palestinians finally stop teaching hatred of Jews in their schools? Will brave men step forward someday and succeed in making peace, or will they, like Sadat and Rabin, be murdered for their efforts?

We shall all be free someday.

We shall live in peace someday.

Merely words in a song?   If only that someday could be today.  I don’t know when those somedays that we all yearn for will be occur, but I have faith that they will.  It has been a long, long journey, but one day God will certainly deliver us from evil, for he is now and always has been  with us. Let us pray that freedom and peace will come soon.