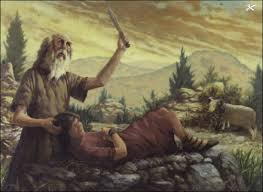 This weeks’s parshah is Vayeira.  This is another parshah that is full of interesting history and major events for the Jewish people including the extremely important story of the binding of Isaac, where Abraham’s loyalty and devotion to God are put to the ultimate test.

Three angels, disguised as men, visit Abraham and tell him that in exactly one year Sarah will give birth to a son.

Abraham pleads with God to spare the evil city of Sodom where his nephew Lot is living.  Two of the three disguised angels arrive in Sodom and Lot extends his hospitality to them and protects them from a mob.  God destroys the wicked city, but spares Lot, but Lot’s wife, who disobeys God’s command by looking back at the burning city, is turned into a pillar of salt.

Lot and his two daughters, who believe that they and their father are the only ones left alive in the world, take shelter in a cave, but the daughters, trying to perpetuate the human race, get their father drunk, seduce him, and give birth to two sons.

Sarah gives birth to Isaac when Abraham is one hundred years old and Sarah is ninety.

Sarah demands that Hagar and her wild son Ishmael be banned from Abraham’s household so that he will not be a bad influence upon Isaac, and God promises that he will make of Ishmael a great nation.

God commands that Abraham sacrifice Isaac as a test of Abraham’s devotion and just as Abraham is about to do so an angel orders him to stop, sparing Isaac’s life.

Services this shabbos began at 9:20.

This week we have all experienced a monster storm, Superstorm Sandy. The storm has caused the loss of life and tremendous devastation throughout the northeastern United States.  Many of us have loved ones who may have lost property or who may still be without power.  We offer our prayers to those who have suffered through the storm and pray that God give them the strength to see their way through their ordeal.

The Jewish Federation of Greater Pittsburgh has opened a Hurricane Relief Fund to help aid victims in disaster areas.  Donations to the relief Fund will provide immediate relief for people in harm’s way.     You can go to the Federation’s web site, jfedpgh.org to make a donation on line, or you can call 412-681-8000, or you can send a check to 234 McKee Place, Pittsburgh, PA 15213 and write Hurricane Relief Fund in the memo line.

Helping those in need is a wonderful mitzvah. 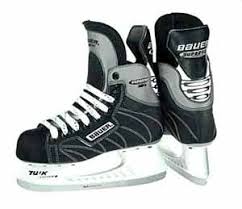 Anyone like to ice skate?  There will be an ice skating party at the South Park ice skating rink on November 11 from 2-4 p.m. The cost is only $5 per person or $15 for a group of 4 and includes skate rentals.  The event is sponsored by the Federation, Shalom Pittsburgh, Temple Emanuel, Chabad of the South Hills, Beth El, and the JCC.  Call Amy Cohen at 412-992-5245 for reservations, or register on line at jfedpgh.org.  Sounds like a lot of fun.