This week’s parshah is Noah.  We all know the story of Noah and the ark and the great flood and if we’ve ever been to Kennywood we’ve no doubt seen the sign that tells us, “All of the animals came in pears, except for the worms – they came in apples.” 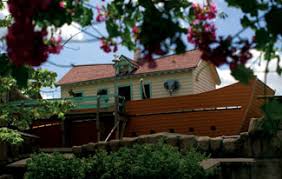 Well, the truth of the matter is that unlike what many of us believe, the Torah tells us that God did not tell Noah to take two of each animal, but two take seven pairs of each Kosher animal, and just a single pair of those that were not Kosher.

So what is the deal with the number forty?  One Rabbi told me that forty is not to be taken literally, but is used in the Torah to denote a long time.  I’m sure there are numerous other theories set forth by commentators, Kabbalists, Gematria, and others.  What do you think?

Oh, by the way, there was one animal whose wife was tardy (or was it the husband who couldn’t get up from watching the Steelers on TV and missed the boat?).  It was, of course, the unicorn, and that is why, to this day, there are no unicorns on this Earth.

And did you know that it took Noah 120 years to build the ark?  Or that the parshah concludes with the building of the Tower of Babel?  There are a lot of interesting things in the parshah, and if you don’t understand all of the Hebrew, it is perfectly okay to read along in English.  Come to Services this Saturday begin at 9:20and give us a try. 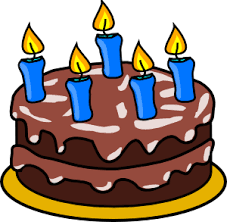 Have a birthday, anniversary, or get well wish that you want included in the Chatter?  Please email me at mrmike7777@yahoo.com and I will be sure to include them.

Yeah, I know, the Olympic Games were held a couple of months ago,, but I wasn’t writing this blog back then and I did not have a chance to 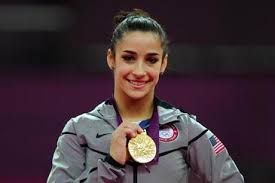 comment about the tremendous pride that we all felt when Aly Raisman, the eighteen- year old captain of the US Women’s Gymnastics Team captured her Gold Medal in the Floor Exercise while performing to the strains of Hava Nagila.

In an Olympics in which the International Olympic Committee refused to include a memorial to the eleven Jewish Olympians murdered at the Olympics by Black September forty years ago, Aly did not forget.

And in Israel, the men and women of the Israel Defense Forces (IDF), the same soldiers who deal with threats against their homeland each and every day, found inspiration in what Raisman had done.  Dan Yagudin, an officer in the IDF, posted a letter to Ali on her Facebook page that read, “Dear Aly, I want to tell you about how you became the hero of a gym full of Israeli soldiers. The same Israeli soldiers who have to deal with Iran’s nuclear threat to the Jewish state. The same ones who serve two to three years of their lives, because we have to; because there’s no one else that would do it besides us, because our neighborhood sucks, and when the leadership next door in Syria massacres their own people, there’s no way we would let them lay hands on our kids, as foreign dictators have done for thousands of years. You picked a song for your floor routine in the Olympics that every Jewish kid knows, whether their families came from the shtetls of Eastern Europe, the Asian steppes of Azerbaijan, the mountains of Morocco or the Kibbutzim of northern Israel. It’s that song that drew almost everyone at the Israeli army base gym to the tv as soon as the report about you came on the news this morning. After showing your floor exercise to Hava Nagila, the announcer told about your gold medal with unmasked pride, and of your decision to dedicate it to the Israeli athletes who were killed in the Munich Olympics in 1972. There were some tough people at that gym, Aly. Men and women, Battalion Commanders from Intelligence, Captains from the navy, Lieutenants from the Armored Corps and more. You probably understand that words like ‘bravery’ and ‘heroism’ carry a lot of weight coming from them, as does a standing ovation (even from the people doing ab exercises). There was nothing apologetic about what you did. For so long we’ve had to apologize for who we are: for how we dress, for our beliefs, for the way we look. It seems like the International Olympic Committee wanted to keep that tradition. Quiet, Jews. Keep your tragedy on the sidelines. Don’t disturb our party. They didn’t count on an 18 year-old girl in a leotard. There wasn’t one person at the gym who didn’t know what it was like to give back to our people, not one who didn’t know what happened to the good people who died in 1972, not one who didn’t feel personally insulted by their complete neglect in the London Olympics, the 40-year anniversary of their deaths, and not one who didn’t connect with your graceful tribute in their honor. Thank you for standing up against an injustice that was done to our people. As I was walking back to my machine at the gym, I caught one of the officers giving a long salute to your image on television. I think that says it all.”

WQED’s From Pittsburgh to the Holocaust

Michael Averbach emailed me this week after he saw this outstanding show on WQED.   From Pittsburgh to Poland: Lessons of the Holocaust first aired in 2006.  The show was the winner of four Mid-Atlantic Emmy Awards,the 2006 National Gabriel Award for Outstanding News/Informational Documentary,  the regional Edward R. Murrow Award for Outstanding News Documentary, and the Western Pennsylvania Press Club’s Golden Quill Award for Outstanding Videography.  This one-hour documentary, produced by WQED-TV’s OnQ staff, chronicles a journey by Holocaust survivors and educators from Pittsburgh to Poland where they took part in the annual March of the Living.  The program is a powerful and moving documentary which shares the stories of three Holocaust survivors from Pittsburgh, who return to Eastern Europe and the locations of the horrors they experienced 60 years prior. Every survivor has a very different purpose for the visit; yet, they all made the journey with 30 educators to share and preserve for future generations their personal stories. Sara Reichman, rescued as a child by a Polish farm family, returns to the village where she was hidden and is reunited with the family that saved her life. Herman Snyder, who escaped into the forest and hid with partisans, shares his experiences during a visit to Auschwitz. Cantor Moshe Taube, a Schindler survivor, returns to Oskar Schindler’s factory, and he visits the Belzec death camp where his mother and sister perished. Their journey is painful, yet fulfilling, as the teachers who accompany them learn that the lessons of the Holocaust can help make our world better.