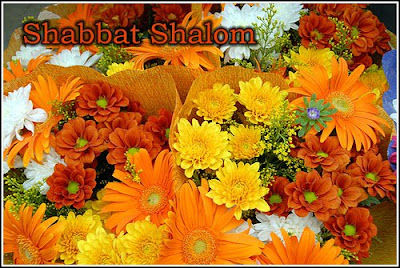 No, I am not too lazy to share my own thoughts with you this week, although I am quite busy with my wife arriving in Florida tomorrow and her birthday on Thursday, but I think that this article from Judaism 101 concerning Purim, which is celebrated on Saturday evening and Sunday this week, is truly outstanding.  I found the connections to the Holocaust and Stalin particularly interesting.  I hope you will also find it to be interesting and educational.

In the twelfth month, which is the month of Adar, on its thirteenth day … on the day that the enemies of the Jews were expected to prevail over them, it was turned about: the Jews prevailed over their adversaries. – Esther 9:1

And they gained relief on the fourteenth, making it a day of feasting and gladness. – Esther 9:17

[Mordecai instructed them] to observe them as days of feasting and gladness, and sending delicacies to one another, and gifts to the poor. – Esther 9:22

Purim is one of the most joyous and fun holidays on the Jewish calendar. It commemorates a time when the Jewish people living in Persia were saved from extermination.

The Book of Esther

The story of Purim is told in the Biblical book of Esther. The heroes of the story are Esther, a beautiful young Jewish woman living in Persia, and her cousin Mordecai, who raised her as if she were his daughter. Esther was taken to the house of Ahasuerus, King of Persia, to become part of his harem. King Ahasuerus loved Esther more than his other women and made Esther queen, but the king did not know that Esther was a Jew, because Mordecai told her not to reveal her identity.

The villain of the story is Haman, an arrogant, egotistical advisor to the king. Haman hated Mordecai because Mordecai refused to bow down to Haman, so Haman plotted to destroy the Jewish people. In a speech that is all too familiar to Jews, Haman told the king, “There is a certain people scattered abroad and dispersed among the peoples in all the provinces of your realm. Their laws are different from those of every other people’s, and they do not observe the king’s laws; therefore it is not befitting the king to tolerate them.” Esther 3:8. The king gave the fate of the Jewish people to Haman, to do as he pleased to them. Haman planned to exterminate all of the Jews.

Mordecai persuaded Esther to speak to the king on behalf of the Jewish people. This was a dangerous thing for Esther to do, because anyone who came into the king’s presence without being summoned could be put to death, and she had not been summoned. Esther fasted for three days to prepare herself, then went into the king. He welcomed her. Later, she told him of Haman’s plot against her people. The Jewish people were saved, and Haman and his ten sons were hanged on the gallows that had been prepared for Mordecai.

The book of Esther is unusual in that it is the only book of the Bible that does not contain the name of  G-d. In fact, it includes virtually no reference to G-d. Mordecai makes a vague reference to the fact that the Jews will be saved by someone else, if not by Esther, but that is the closest the book comes to mentioning G-d. Thus, one important message that can be gained from the story is that G-d often works in ways that are not apparent, in ways that appear to be chance, coincidence or ordinary good luck.

The  Pesach (Passover) seder reminds us that in every generation, there are those who rise up to destroy us, but G-d saves us from their hand. In the time of the Book of Esther, Haman was the one who tried to destroy us. In modern times, there have been two significant figures who have threatened the Jewish people, and there are echoes of Purim in their stories.

Many have noted the echoes of Purim in the Nuremberg war crime trials. In the Book of Esther, Haman’s ten sons were hanged (Esther 9:13); in 1946, ten of Hitler’s top associates were put to death by hanging for their war crimes (including the crime of murdering 6 million Jews). An 11th associate of Hitler, Hermann Göring, committed suicide the night before the execution, a parallel to the suicide of Haman’s daughter recorded in the Talmud (Megillah 16a). There are rumors that Göring was a transvestite, making that an even more accurate parallel. One of the men seems to have been aware of the parallel: on the way to the gallows, Julius Streicher shouted “Purim Fest 1946!”  It is also interesting that, in the traditional text of the Megillah (Book of Esther), in the list of the names of Haman’s sons, the letters Tav in the first name, Shin in the seventh name and Zayin in the tenth name are written in smaller letters than the rest. The numerical value of Tav-Shin-Zayin is 707, and these ten men were hanged in the Jewish year 5707 (the thousands digit is routinely skipped when writing Jewish years; there are no numerals for thousands in Hebrew numbering). They were not hanged on Purim, though — they were hanged on Hoshanah Rabbah.

Another echo of Purim is found in the Soviet Union a few years later. In early 1953, Stalin was planning to deport most of the Jews in the Soviet Union to Siberia, but just before his plans came to fruition, he suffered a stroke and died a few days later. He suffered that stroke on the night of March 1, 1953: the night after Purim (note: Jewish days end at sunset; you will see March 1 on the calendar as Purim). The plan to deport Jews was not carried out.

A story is told in Chabad (Lubavitcher Chasidic Judaism) of that 1953 Purim: the LubavitcherRebbe led a Purim gathering and was asked to give a blessing for the Jews of the Soviet Union, who were known to be in great danger. The Rebbe instead told a cryptic story about a man who was voting in the Soviet Union and heard people cheering for the candidate, “Hoorah! Hoorah!” The man did not want to cheer, but was afraid to not cheer, so he said “hoorah,” but in his heart, he meant it in Hebrew: hu ra, which means, “he is evil”! The crowd at the Rebbe’s 1953 gathering began chanting “hu ra!” regarding Stalin, and that night, Stalin suffered the stroke that lead to his death a few days later.

Purim is celebrated on the 14th day of Adar, which is usually in March. The 13th of Adar is the day that Haman chose for the extermination of the Jews, and the day that the Jews battled their enemies for their lives. On the day afterwards, the 14th, they celebrated their survival. In cities that were walled in the time of Joshua, Purim is celebrated on the 15th of the month, because the book of Esther says that in Shushan (a walled city), deliverance from the massacre was not complete until the next day. The 15th is referred to as Shushan Purim.

In leap years, when there are two months of Adar, Purim is celebrated in the second month of Adar, so it is always one month before Passover. The 14th day of the first Adar in a leap year is celebrated as a minor holiday called Purim Katan, which means “little Purim.” There are no specific observances for Purim Katan; however, a person should celebrate the holiday and should not mourn or fast. Some communities also observe a “Purim Katan” on the anniversary of any day when their community was saved from a catastrophe, destruction, evil or oppression.

The word “Purim” means “lots” and refers to the lottery that Haman used to choose the date for the massacre.

The Purim holiday is preceded by a minor fast, the Fast of Esther, which commemorates Esther’s three days of fasting in preparation for her meeting with the king.

The primary commandment related to Purim is to hear the reading of the book of Esther. The book of Esther is commonly known as the Megillah, which means scroll. Although there are five books of Jewish scripture that are properly referred to as megillahs (Esther, Ruth, Ecclesiastes, Song of Songs, and Lamentations), this is the one people usually mean when they speak of The Megillah. It is customary to boo, hiss, stamp feet and rattle gragers (noisemakers) whenever the name of Haman is mentioned in the service. The purpose of this custom is to “blot out the name of Haman.”

We are also commanded to eat, drink and be merry. According to the Talmud, a person is required to drink until he cannot tell the difference between “cursed be Haman” and “blessed be Mordecai,” though opinions differ as to exactly how drunk that is. A person certainly should not become so drunk that he might violate other commandments or get seriously ill. In addition, recovering alcoholics or others who might suffer serious harm from alcohol are exempt from this obligation.

In addition, we are commanded to send out gifts of food or drink, and to make gifts to charity. The sending of gifts of food and drink is referred to as shalach manos (lit. sending out portions). Among Ashkenazic Jews, a common treat at this time of year is hamentaschen (lit. Haman’s pockets). These triangular fruit-filled cookies are supposed to represent Haman’s three-cornered hat. My recipe is included below.

It is customary to hold carnival-like celebrations on Purim, to perform plays and parodies, and to hold beauty contests. I have heard that the usual prohibitions against cross-dressing are lifted during this holiday, but I am not certain about that. Americans sometimes refer to Purim as the Jewish Mardi Gras.

Purim is not subject to the sabbath-like restrictions on work that some other holidays are; however, some sources indicate that we should not go about our ordinary business on Purim out of respect for the holiday.

Put a dollop of filling in the middle of each circle. Fold up the sides to make a triangle, folding the last corner under the starting point, so that each side has corner that folds over and a corner that folds under (see picture at right). Folding in this “pinwheel” style will reduce the likelihood that the last side will fall open while cooking, spilling out the filling. It also tends to make a better triangle shape.

Bake at 350 degrees for about 15-20 minutes, until golden brown but before the filling boils over!

Traditional fillings are poppy seed and prune, but apricot is my favorite. Apple butter, pineapple preserves, and cherry pie filling all work quite well. I usually use Pathmark grocery store brand fruit preserves, and of course the traditional Simon Fischer brand prune lekvar. I have also made some with Nutella (chocolate-hazelnut spread); I find it a bit dry that way, but some people like it.